One of the earliest skyscrapers, the Park Row Building rose above the city skyline in 1899 and stood as the tallest building in New York until 1908. As one of several office buildings known as “Newspaper Row” — the Associated Press was a tenant here — it was the center of a bustling newspaper industry with an estimated 25,000 people passing through the building each workday.

The city grew around it, the newspapers moved uptown, and by the 1970s, a new type of media had moved in. Consumer electronics were all the rage, from record and tape players to home video and televisions. 15 Park Row became the central destination for music and electronics aficionados city-wide to shop at a sprawling store called J&R.

As downtown evolved from offices to apartments, 15 Park Row followed suit, converting its upper floors and updating its classic interiors for New Yorkers to call home. Its history is still being written, as the city continues growing and changing. New developments and building renovations, along with an emerging food and shopping scene, are filling the neighborhood with energy and excitement. And 15 Park Row is still right in the center.

TIMELINE: 15 PARK ROW THROUGH THE YEARS 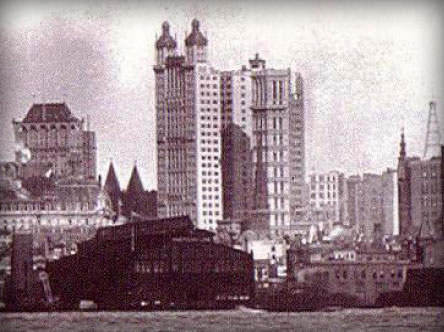 The tallest building in NYC (until 1908) and center of the city’s “Newspaper Row.” 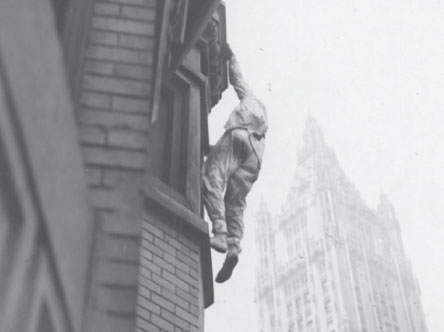 Climbed to the top by Harry Gardiner (without rope